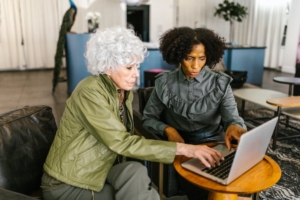 Last week’s blog explored the issues that can occur as a result of being involved in the Drama Triangle.  For full details please visit here, but for a brief recap, the Drama Triangle is something you don’t want to find yourself trapped in for too long.

You can end up in one of three ‘roles’:

It’s the foundation of many toxic relationships and last week I explained how it worked in some detail, but, as it’s a huge topic, there wasn’t space for solutions. Today’s blog addresses that.

How to resolve the Drama Triangle 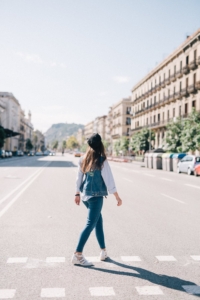 One of the simplest pieces of advice attributed to its originator, Stephen Karpman, is just to not get involved – to simply walk away and refuse to take part or ‘play’ in the game.

This approach does work to an extent, but it will usually mean that the Victim feels justified in their opinion that you don’t care and have let them down. If you have exited the scene at this point it may not have any further impact on you, but if you to have to re-engage with the person playing that Victim role at some point you may find your past action of ‘walking away’ has created further issues for the relationship.

This can be softened and avoided by a kind and compassionate approach to walking away.  This much more useful than blaming as that puts you in the Victim role “well if you’re going to be so spiteful, I’m leaving!”.  Or patronising, as that places you in the persecutor role: “come and speak to me when you’re ready to talk about this like a reasonable adult”.

b) Explain what you’re going to do and make it about you (rather than them) “I’m going to take a break because I don’t think I’m being much help here and need to get myself into a better space – but let’s talk about this more later, when time has passed and we’ve got some new ideas on how to move it forward”.

It’s still not guaranteed to resolve things, as quite often we are very attached to being ‘right’ about our perspectives when in the Drama Triangle, but it might give the conversation a bit of space to move in a different direction.

Another approach is to work to help the various players step out of their existing stuck and often destructive roles and take on the empowering side of these ‘shadow’ roles.

To do this takes some extraordinary skills in communication and fundamentally rests on a willingness of the individual playing that role to step out of their current behaviour and adopt a different perspective.

Central to this are the core skills of coaching, which can best be described as creating an empowering conversations that inspires another to create a life they love together with the recognition that, although we may really want someone to change, they will only really do so if they want to make that change themselves.  Great coaching can have a role to play in opening up this conversation and helping people to see other opportunities than the limited ones they thought were available, as after all, no one really wants the issues that occur as a result of living a life in the victim role.

An example of a coaching approach to someone in the Victim role is:

So, either by supportive coaching or by developing insights on their own through experience, the roles are transformed into:

In this role, the individual realises how powerful and capable they are as they move from a problem focus, where it’s other people’s responsibility to fix it, to a solution-focused mindset where they recognise there are actions that they can take that can make a difference.

The Victim phrase ‘poor me’ becomes ‘I can do/change it’.

The Rescuer lets go of their need to fix or take care of the Victim, or ‘do’ the change for them, and instead takes on a coaching role of providing routes to help the Creator gain clarity about their solutions, goals, and the actions that will achieve those outcomes.

The Rescuer phrase ‘let me help you’ becomes ‘How will you do it?’.

In this role the former Persecutor encourages action with leadership that encourages the growth of others, whilst considering where they currently are, evoking action and possibility for those on the journey to a better life.

The Victim phrase ‘It’s all your fault’ becomes ‘You can do it’.

If you find yourself in one of the Drama Triangle roles, take a few moments to re-group and reset yourself into the empowerment roles instead.

When you do this, you release the extraordinary power that has been trapped in that old role and make it available for new ways of thinking and acting. These will be extraordinary allies in creating a future you desired based on what’s important to you rather than what you inherited from your past.

VictimKey phrase: poor me
When taking on the victim role the person feels a strong sense that they are hard done by. They feel powerless to influence the situation they are unhappy with – they feel they need someone to sort out the problems for them.
RescuerKey phrase: let me help you
The rescuer takes an inappropriate responsibility for the other person’s problems.
Despite good intentions, they keep the victim stuck and the sense that they are powerless.
Persecutor/PerpetratorKey phrase: it’s all your fault
The persecutor role is one of being dominant, self-righteous, blaming, judging and telling others what they should do. This is often a way to protect themselves from other people’s behaviours and emotions.
CreatorKey phrase: ‘I can do/change it’
CoachKey phrase:‘How will you do it?’
Challenger/LeaderKey phrase: ‘You can do it’
2022-09-23T13:53:43+01:00By Dr Phil Parker|Blog, Free Resources, Mind-Body Connection|Comments Off on The Drama Triangle 2 – healing toxic relationships – part 2