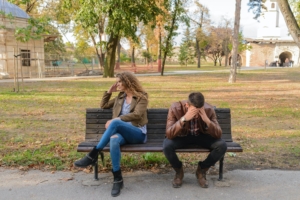 Have you ever wondered why it feels difficult to be around certain people even though you’ve been trying your best to make things good?

How everything you do to try and help someone seems to end up making things worse? How despite everything you’ve done for them, you end up feeling like ‘the bad guy’?

Steven Karpman first came up with the idea of the drama triangle in the early 60s. He had noticed from his work with people struggling in difficult relationships that they seemed to cycle between one of three roles: 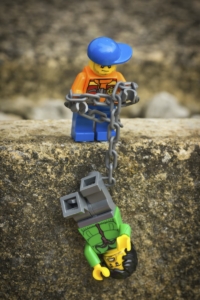 Before explaining these roles in detail it’s important to note that they are not the same as being a victim of crime, or a genuine rescuer, like a fireman for example,  these terms describe unhelpful roles that we adopt in certain relationship and situations.

VictimKey phrase: poor me
When taking on the victim role the person feels a strong sense that they are hard done by.
Much of their feelings are expressed by the question ‘why is this happening to me?’ along with the sense that things are so unfair and that they can’t ever catch a break as this type of ‘problem’ always happens to them.

They feel powerless to influence the situation they are unhappy with- they feel they need someone to sort out the problems for them.

RescuerKey phrase: let me help you
Although helping others is a great thing, rescuing others is less useful because the rescuer takes an inappropriate responsibility for the other person’s problems. They often take on this role because it gives them a sense of importance, which can be missing elsewhere in their life, and it can also mean they don’t focus on their own life and the stuff they need to change there.
Despite good intention their actions actually keep the victim stuck, as it supports the victim’s sense that they are powerless and need someone else to fix their issues.
Persecutor/PerpetratorKey phrase: it’s all your fault
The persecutor role is one of being dominant, self-righteous, blaming, judging and telling others what they should do.

They want to protect themselves from other people’s behaviours and emotions, and this can also extend to even emotionally attacking people as a form of defence. 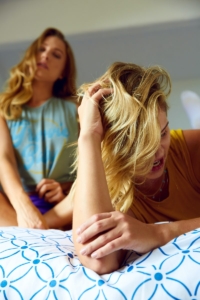 In dysfunctional relationships, people will adopt one of these roles. If you notice yourself feeling ‘poor me ‘type thoughts then you will be in the victim role, if you feel ‘it’s all their fault’ then you have stepped into the persecutor role. However, one of the most interesting things about the drama triangle is how much we swap from one role to another, as can be seen from the example below.

Sue is feeling sad and low and life is pretty bad. She’s had to leave another job due to having yet another argument with her boss where she told him she disagreed with how he ran the office. This is not the first time she has had to leave a job in this way – ‘why does this always happen to me ?’ she thinks.

She is identifying as the victim here and casting the boss in the role of the persecutor. Although we can also get a sense that when arguing with her boss about how things should be done, she probably was taking the self-righteous persecutor role of telling him how to do it.

Tom has heard of her current troubles and offers to help. He spends time talking about it with her over cups of coffee, gives her some wise advice, loans her money, brings round meals for her to eat, and looks for new jobs for her. He has adopted the rescuer role.

This goes on for some time, but Sue doesn’t take any action on the opportunities Tom provides instead she gives lots of reason why nothing will work. One day Tom mentions in passing that he thinks it would help if she took a small step to make some changes. Sue tells him how outraged she is that he has stopped being kind and is now forcing his opinion on her and judging her for not moving forwards- clearly he doesn’t understand how difficult it is and doesn’t truly care about her. She has now cast him in the role of perpetrator. She thinks to herself I knew this would happen – this happens all the time, you just can’t trust people – why do I always end up with friends who are fake friends? She is in victim role.

Tom is surprised by this response he feels hurt as he’s really worked hard to try and help Sue, he feels he’s been there for her, taking the time and this is the thanks he gets. He’s been here before – why is it he gives out to people and they treat him like this?
He has now moved into victim role, and he may now stop talking to Sue as he feels hurt by her. This leaves Sue feeling abandoned, something she’s experienced many times before, which supports her sense of being victim. Tom may stay in victim role or he may move to perpetrator role when he gives Sue a piece of his mind and starts to judge and criticise her for the way she has treated him.

Where are you caught up in the drama? 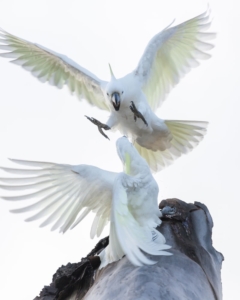 You may recognise some elements of this situation from your own personal experience as drama triangles show up in so many relationships. As we can see the ability of people to shift from one role to another can make it very difficult to deal with.

Hopefully, the article will help you understand what has been going on that’s been causing you those feelings of frustration, hurt and difficulty. You should start to identify which roles you’ve been in and which roles other people have been. In next week’s article, we will look at what do you do when you identify these kinds of issues that are going on in your relationships and provide strategies and ideas for moving out of this destructive drama triangle.