Research into the mind body connection

Research into the mind body connection 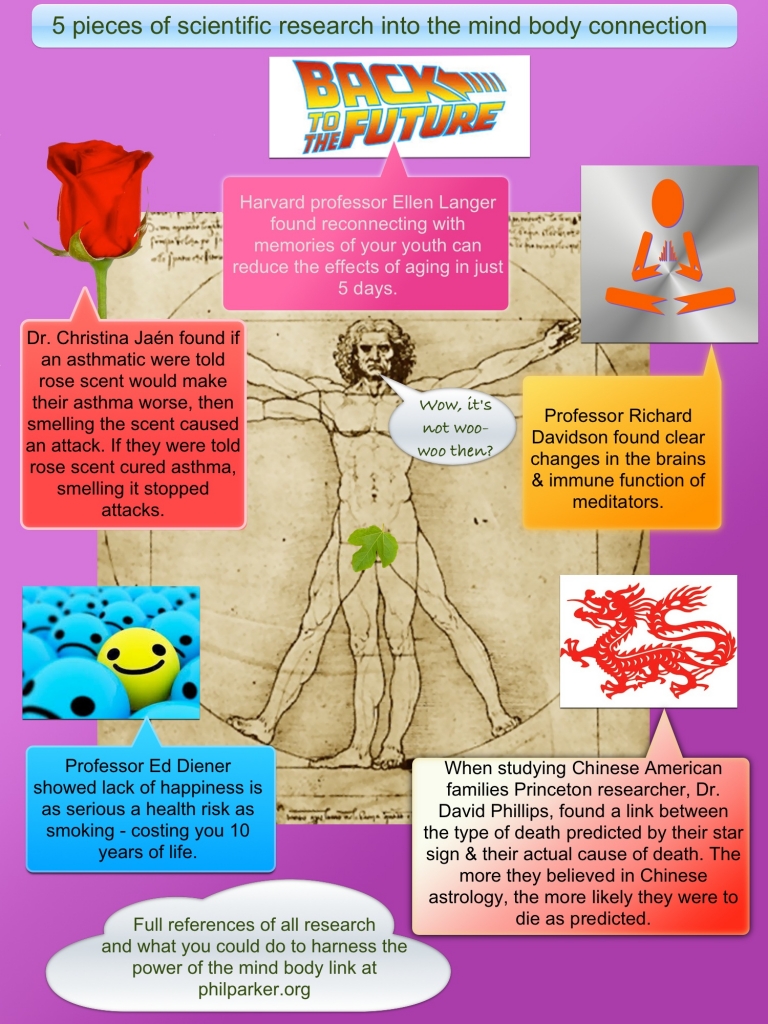 Harvard professor Ellen Langer found by reconnecting with memories of your youth you can reduce the effects of aging in just 5 days. (Langer, 2009)

Princeton researcher Dr David Phillips showed a link between causes of death and the type of death predicted by their star sign in Chinese American families. The more they believed in Chinese astrology the stronger the effect it had on what they dies of – but for more westernised the star sign made no difference to death rates.(Phillips, Ruth, & Wagner, 1993)

Professor Ed Diener showed lack of happiness is as serious a health risk as smoking – costing you 10 years of life.(Diener E. & Chan M.Y., 2011)

I’ve also made a more in depth podcast on this topic which you can get for free here.