Debate from the Journal of Norwegian Psychological Association: the Lightning Process

Interviews and discussion / debate and comment
Journal of Norwegian Psychological Association, Vol 50, No. 1 , 2013 , pages 44-61
Debate and Comment
A mother’s story
Anonymous mom
This is a small sigh and a challenge to all those psychologists who do not believe in the Lightning Process . 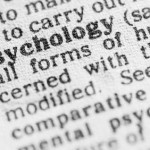 It was Christmas Eve 2009 , and we waited for our boys to come home . The oldest boy should have come home the day before, but he did not. We tried calling, but he did not answer. Eventually he answered the phone only to announce that he would not come home for Christmas. He could not. I sat in the car and hoped that he would open the door for me when I arrived. When I arrived, I found my son lying in bed in a dark room. He had not eaten properly for a long time, and the apartment was a mess. I was eventually persuaded him to see the psychological emergency care, and after several hours he was home for Christmas. Christmas was spent mostly in bed in a dark room and was just up there a few hours per day.
He was depressed, but we managed to get it under reasonable control when he moved home to more regular routines and regular meals, but still there were many days he could not do anything and just lay in bed.

As a mum, I was naturally distressed by his condition. What could we do to help him? It’s easy to get depressed when you cannot bear anything but lie in bed and watch life go by. Someone suggested that it might be an idea to try the Lightning Process. I was so desperate I was willing to try anything to get my boy well again. We decided to send him to England to take the training. Before he left, we had begun to consider what the next move would be if the Lightning Process did not work, so that any disappointment could be turned around if it did not help.

Thanks to the psychologist

I’d like to say a big thank you to our psychologist who, although he did not believe in lightning process, still said it could be worth a try. This was very important to us as I think it would be very difficult if the psychologist had suggested taking the Lightning Process would destroy the ongoing treatment. His doctor was not so optimistic, but not negative.

When my son came home from England, I got my boy back.

The psychologist stated that “you’re healthy, you do not need to come here more.”

Since then the direction has been only one way: up. The first six months he worked about 50 percent as a temporary teacher at a middle school. When autumn came, he decided to continue with graduate studies. He has performed well, despite the fact that he has taken one subject additional per semester. This would not have been possible without the Lightning Process.

We have experienced psychologists that raise their eyebrows, and politely change the subject, when we talk about what our son experienced. We have heard of other psychologists who threaten to cut treatment if patients try Lightning Process.

I do not think the Lightning Process is a quick fix that can help everyone, but there seems to be little doubt it may help some. In a study referenced in the British Journal of Health Psychology last year, Silje Endresen Reme et al. reported that 7 out of 9 said they had positive effect of Lightning Process. Should it be the case that because of the two who didn’t find it worked for them, that we should destroy the experience of the seven others that had a positive effect of the training?

A small sigh and a challenge to all those psychologists who do not believe in the Lightning Process: Give at least their patients the opportunity to try. It is not certain that it helps everyone, but if someone can get the energy back and be able to function normally, it must be worth a try?

Greeting a happy mum who hopes that other mums will experience the same as me.

2019-08-12T12:16:50+01:00By Phil Parker|Blog, Latest News|Comments Off on Debate from the Journal of Norwegian Psychological Association: the Lightning Process