Ed Stafford was part of the Rampant Runners team running from Devon to Twickenham. You can catch him on the BBC next to Prince Harry 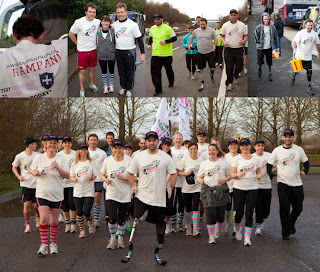